In no particular order, here a 5 of my favourite resources to help you in 2010 that I use in my own personal development and also in my Adelaide personal training business. Just click on any of the list below to visit the website:

5 Excuses That Won't Fly in 2010
By Tom Venuto
www.BurnTheFat.com

It’s 2010. Your old excuses for not getting in shape won’t work. As Dr. Evil (Austin Powers) said, ZIP IT! I don’t want to hear them anymore! Read em’, then haul your excuseless butt to the gym!

According to a story in a recent issue of Men’s Health magazine, Barack Obama works out for 45 minutes a day, 6 days a week. Obama doesn’t just play basketball either. Our new president stays fit to lead with cardio and weight lifting. He also says he wishes he could train 90 minutes a day. Have you ever seen what the daily schedule of a U.S. president looks like? If the busiest man in the world can train every day for 45 minutes a day, then what’s your excuse? ZIP IT! You ain’t got one!

Getting in shape certainly is expensive… if you keep wasting hundreds of dollars, month after month on worthless “miracle” weight loss pills, internal cleansing gimmicks and “magic” potions that all claim to make you slim. Deceptive advertising and slick marketing for bogus diet aids is more rampant than ever. 2010 was the year of thewu-long tea scam, the acai berry scam, and, of course, the ubiquitous “cleansing” and “detox” gimmicks . Unless you put on your critical thinking cap and learn to investigate before you invest, then you’ll get scammed by 2010’s flavor of the year as well. Your quest for those elusive “6-pack” abs will not only continue to be expensive, you’ll go broke. Walking, jogging, calisthenics and body weight exercises are FREE. If you want to know what’s really expensive, tally up the cost of legitimate expenses like natural food, gym memberships, fitness education, dumbbells and so on, and compare that to your doctor’s bill when you’re sick.

Experts on social influence say your income will be approximately equal to the average of your 5 closest friends. Not only do I think that’s pretty darn accurate, I also believe that your health is your greatest wealth, and your physical condition will be about equal to the average of your 5 closest friends. It’s a real challenge to stay positive, focused and active when you’re surrounded by critical people and negative influences. However, in 2010, lack of support is no longer a valid excuse. Online social networking is exploding (check out Twitter and Facebook ) and more IN PERSON friendships and associations are being made from an internet connection than ever before. Training buddies can be found online. Connect with them. Mentors and coaches are easily found online. Hire them. Support forums have been around for years. Use them. No support from your current friends? Stop whining, start reaching out and go make new ones. In 2010, support partners and new friends are just a click away.

4. I can’t lose weight because of my genetics.

The marvels of modern medical and biological research are astonishing. Our top scientists have mapped the human genome! In the past few years, numerous genes linked to obesity have been discovered. However, the obesity epidemic we’re facing today has only developed over the past 50 years and genetic mutations that lead to serious obesity are extremely rare. Genetic predisposition only means that you have a tendency. It’s when the genetics meet lifestyle and environment that the genes express themselves. If you have a family history of heart disease, is it smart to smoke, eat junk, be a stressed-out, type-A maniac and a couch potato? Well of course not, and it’s the same with obesity. If you have a tendency predisposing you towards obesity, you’d better be the person doing the MOST exercise, not the least. You’d better be the person paying the MOST attention to your nutrition. You’d better be the person with the healthiest lifestyle. But unfortunately, it’s usually the opposite. Most people throw up their arms in frustration saying, “what’s the use, I was dealt a bad hand.” Sorry. That won’t fly in 2010. The latest research says genetics are a factor, but a tendency is not a destiny!

The lamest excuse of them all in 2010 is “I don’t know how.” NO ONE KNOWS HOW TO DO ANYTHING UNTIL AFTER THEY HAVE ACTUALLY DONE IT! Ponder that for a while. You don’t need to know how at first. To get started, you only need to know WHAT… what is the goal? Setting well-formed goals is the master skill of success. Not wishy-washy resolutions that have no resolve behind them, but real goals. In writing. With emotional ooompf! As you continue to affirm, visualize and focus on your goal with clarity, belief, and expectation, your new goal or intention will be received by your subconscious. Once a goal is accepted into your subconscious mind, your brain, being a goal-seeking mechanism, will turn on your attention filters to seek out all the information you will ever need to reach your goal. It will also turn on an infallible navigation system to guide you to your goal like a torpedo to its target. As your brain guides your attention, your direction and your behavior, you will discover that today, in 2010, there is more good information, coaching and instruction available than ever before. And when you’ve activated that “success radar” in your brain by setting goals effectively, it’s not as hard to find honest, accurate and helpful HOW-TO advice as you might think. In fact, you found this webpage, so you’re doing pretty good right now, aren’t you?

No more excuses. In 2010, remember my Burn the Fat, Feed the Muscle Creed: You can either make excuses or get results, but you can’t do both!

Your friend and coach,

About the Author:
Tom Venuto is a fat loss expert, lifetime natural (steroid-free) bodybuilder, independent nutrition researcher, freelance writer, and author of the #1 best selling diet e-book, Burn The Fat, Feed The Muscle: Fat-Burning Secrets of The World’s Best Bodybuilders & Fitness Models (e-book) which teaches you how to get lean without drugs or supplements using secrets of the world's best bodybuilders and fitness models. Learn how to get rid of stubborn fat and increase your metabolism by visiting: www.BurnTheFat.com

How to Peak Your Physique on a Deadline 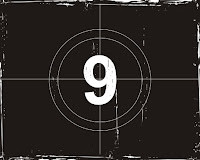 Great technique here from Tom Venuto's Burn The Fat Inner Circle website, on how to use a basic calendar to countdown to a specific weight loss or physique goal.

The article is titled The Contest Countdown Calendar: How to Peak Your Physique on a Deadline and there is downloadable pdf sample calendar and an excellent video showing how to use Google Calendar if you prefer an electronic tracking method.

Hi! Welcome to my blog and thanks for visiting. I really hope you enjoy the content and learn something new along the way. My name is Clayton and I have been involved in and around the fitness industry for over 20 years.

If you are in Adelaide and need a great personal trainer I'd love to hear from you and help you get into great shape.